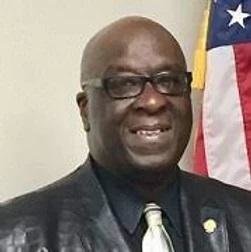 SLED taking steps to make sure Mayor Jerald Sanders does not flee
SLED taking steps to make sure Mayor Jerald Sanders does not flee
Posted Tuesday, July 6, 2021 6:37 pm
Special to the Chronicle
A Lexington County grand jury is expected to indict Swansea Mayor Jerald Sanders next week.
Swansea town council member Michael Luongo told Paul Kirby of the Lexington Ledger that misappropriation of town funds is involved.
11th Solicitor Rick Hubbard told the Chronicle that his office has turned the matter over to the SC attorney General's office.
Robert Kittle of the Attorney General's office said the state grand jury is not involved but the Lexington County grand jury is scheduled to meet next week.
Several council members in the southeast Lexington County town told Kirby that State Law Enforcement Division agents said they could now speak publicly about the investigation.
Councilman Luongo told Kirby he did not believe the mayor had been taken into custody.
A well-placed source told the Chronicle that SLED was taking steps to make sure the mayor did not flee before he could be arrested.
Kirby reported on the Lexington Ledger website that:
• SLED has been looking into the town’s finances for some years.
• Several council members and previous town employees have charged that Mayor Sanders misused public funds and hid records that would prove these allegations.
• Several times, members of the town council had to make an appointment through Sanders to look at detailed financial records.
• On the date and time of that appointment, Sanders always seemed to have some reason why it would have to be postponed or rescheduled.
“At one point, he said we could come look at the financial records on a Monday,” Council member Doris Simmons told the Ledger.
“When Monday rolled around, we showed up with the attorney we retained only to be told that Sanders had forgotten that it was a government holiday, and all the office staff was off.
"We were turned away that day and that is just one example of what was going on,” according to Simmons.
Simmons who is an accountant said last year that Sanders had tried to hide what was going on with town money.
“He’d do things like give us a bank statement with no corresponding checks to look at," she said.
"You could see on the statements the check number, the date it cleared the bank, and the amount it was written for, but that was it.
"When we asked to see the check register, we’d either be ignored or would have to set up another meeting through the mayor.
"Then, he would put that meeting off over and over again,” Simmons explained.
“The check register would have shown us who each check was written to and for what amount. "That’s what we wanted to see and what he was working so hard to hide,” Simmons concluded.
During the investigation, SLED agents asked other council members not to release any information they had.
But some details of the allegations had already been leaked, according to Simmons and Luongo.
Both said that the agents told them that keeping the details quiet would help them complete an impartial investigation.

Our special offer for you
Since you are interested in what’s happening in our county, you cn help us continue to provide local news by joining our subscriber family.
Try a 3-month introductory digital subscription for only $9.95.
This offer is also good for present subscribers who want to add 3 months to their subscription.
Call us at 803-359-7633.
Nights and weekends please leave your name and phone number and we will return your call.