The citizen alleges the chief pulled him roughly from his truck. 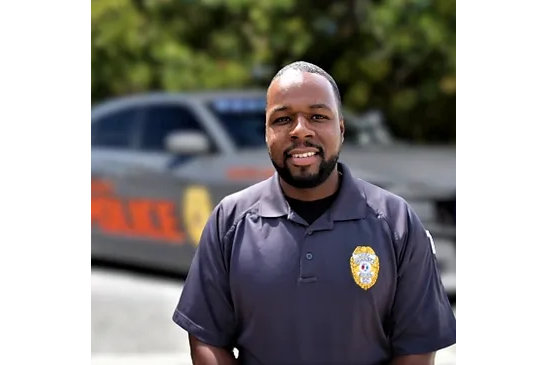 The state Law Enforcement Division is investigating an incident between the police chief of Swansea and a town citizen after the citizen alleged the chief used excessive force.

Joe Phillips, 78, told the Chronicle that he was pulled roughly from his truck at the Swansea Police Department on March 30 after Chief Earl Williams III informed him he was under arrest. Phillips said he was bruised and scraped and that his prosthetic leg was pulled out of socket by Williams during the incident.

The Chronicle called Williams for comment, but hasn’t received a response.

A spokesperson for the sheriff’s department said the agency requested the SLED investigation after receiving a citizen complaint from Swansea Town Councilwoman Doris Simmons, who told the Chronicle she helped Phillips locate the proper paperwork and to submit his complaint through the appropriate avenues.

The Chronicle reached out to Swansea Mayor Viola McDaniel to confirm Williams' status with the department during SLED's investigation, but has not received a reply.

A copy of Phillips' complaint against Williams was provided to the Chronicle. It indicates that there were no witnesses to the incident.

“The matter was sort of not handled very well. I think it could have been handled a whole lot different,” Simmons said of the incident. “[Williams] lost his professionalism momentarily.”

The councilwoman, who is white, added that she feels some members of the community are trying to make the incident about race when that’s not the case.

Williams, who has served as chief of the Swansea Police Department since November 2020, is the first Black person to lead the department. Phillips is white.

“If the shoe had been on the other foot they would have been raising sand,” Simmons said of the community response.

Phillips told the Chronicle that the incident started when he arranged to meet the chief to discuss a Swansea Police car he had seen traveling 90 miles an hour down a rural road.

Phillips said he was dissatisfied with Williams' explanation (that the officer had bladder trouble).

“I spoke up and told him, 'That's a g--d--n lie,’” Phillips said. “After a second or so he said, 'You're under arrest.' And I said, 'I ain't under arrest nothing.' So I put the truck in reverse and I was backing up because he wasn't going to arrest me. Well, I backed up about 15 foot, I think, and he jumped on the running board or somehow or another the door got open, and he reached in here and throwed my truck in park and snatched the key out.”

Phillips said Williams then reached in and grabbed him by the shirt, ripping it, before grabbing him by his prosthetic leg, pulling it out of socket, and skinning his head, leg and shoulder in removing him from the truck. Phillips said Williams bruised one of his wrists putting him into handcuffs.

Phillips alleges that when backup law enforcement and Lexington County EMS arrived, Williams initially intervened with the emergency medical responders, telling them that Phillips would not go to the hospital. Phillips said he was eventually taken to the hospital.

After his release from the hospital, Phillips said he was taken to the Lexington County Detention Center, where he was held until he posted bond on March 31. He alleges that his phone was not collected with the belongings returned to him upon his release from the county jail and that it was left out in the rain in the Swansea Police parking lot and is now ruined.