The Seth Cooper era at White Knoll opened with a tournament title. 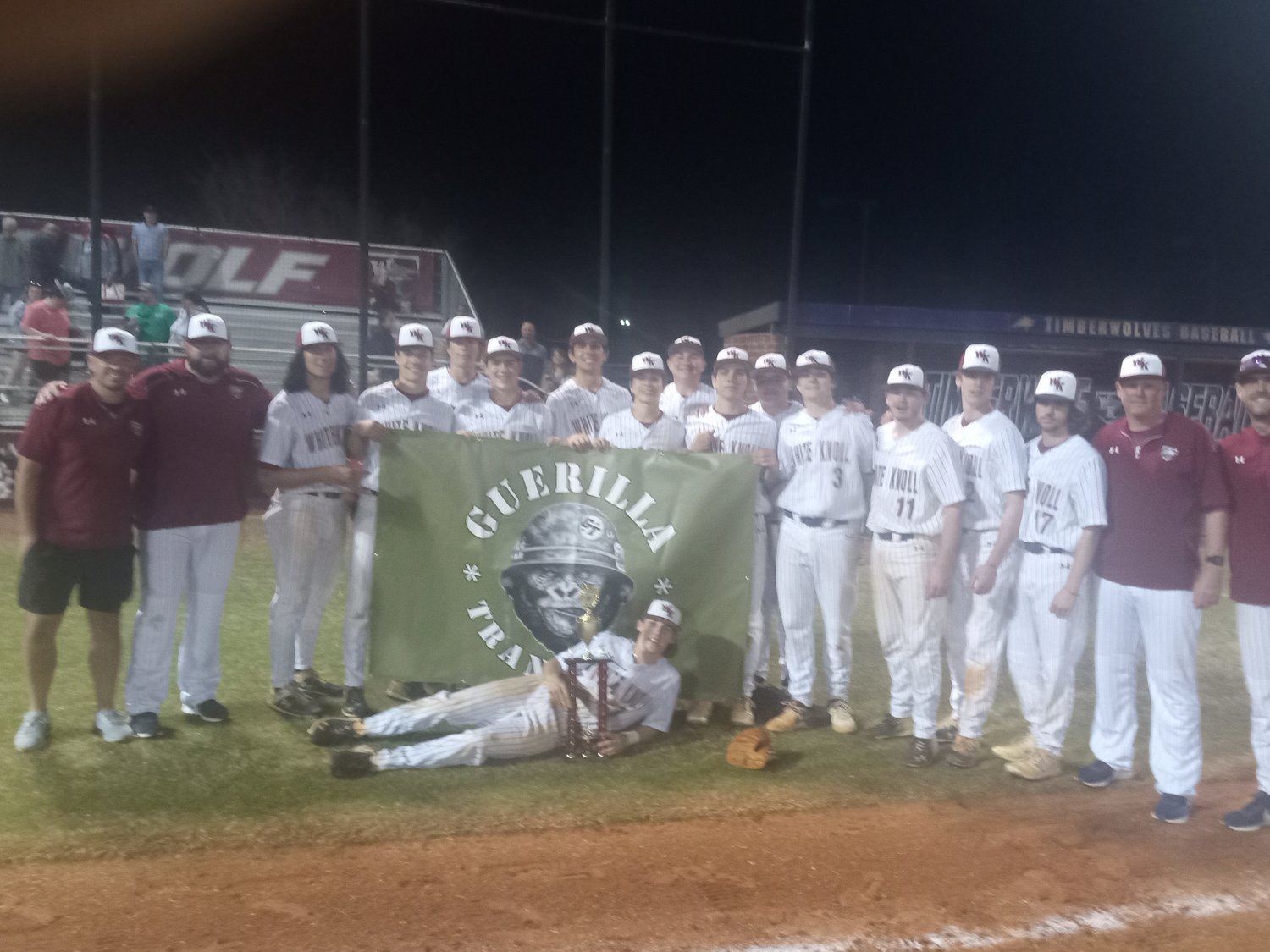 The Seth Cooper era at White Knoll opened with a tournament title.

“It wasn’t the prettiest getting here, but the team never gave up and found a way to win,” said Cooper about his team’s four victories in the tournament.

White Knoll loaded the bases to open the game. It then took a 2-0 lead on a RBI fielder’s choices by Trey Gallegos and Ty Bennett.

Connor Wood made it 3-0 in the third with an RBI single. A 2-run double by Levi Dunn extended the lead to 5-0 in the fourth.

After pitching four scoreless innings, Tristan Presley gave up a one-out single in the top fifth. An error and walk loaded the bases and Presley was replaced on the mound by Bradley Steele.

A groundout by Dreher’s Simons brought in the team’s lone run. Steele then struck out Morris to end the inning.

Scott Taylor hit an RBI single in the top sixth and Steele gave up one hit over the final two innings for the victory.

Following the tournament, Chase Rivers of White Knoll was awarded a RBI Tournament Scholarship for his academics.