We have nothing against Sen. Darrell Jackson. He helped us raise money to tutor those who can’t read. 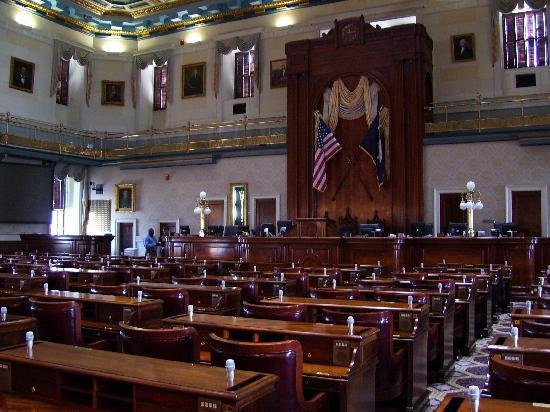 We have nothing against Sen. Darrell Jackson. He helped us raise money to tutor those who can’t read.
His heart is in the right place except when he gets upset about The State newspaper raising questions about his use of hidden earmarks in the budget.
This has been a thorny issue for legislators. It has cost taxpayers hundreds of thousands of unaccountable dollars.
Annoyed by reports in The State, the Richland County Democrat tried to clamp a sales tax on newspapers that are printed out of state. The State is printed in North Carolina.
Newspaper readers, like food shoppers and others who need essential items and services, do not pay sales taxes on them.
Sen. Jackson’s proposal would have penalized those readers.
On the advice of senate colleagues, however, he withdrew his proposal in a meeting of the Senate Finance Committee last week where it had passed on a 15-7 vote the week before.
Those 15 senators agreed that The State needed to be punished. But it would have punished readers of 33 other SC newspapers printed out of state.
Sen. Jackson said he withdrew it because Senate Rule 24 doesn’t allow non-germane issues to be tacked on the budget.
He said this had “been fun” and he may try again later.
“This proviso would have impacted a number of small, rural papers that might not have survived this added tax burden,” said SC Press Association Executive Director Bill Rogers.
You should know the Chronicle’s readers would not have been affected. Your local newspaper is printed by the Post and Courier in Charleston.
We thank Sen Ronnie Cromer who alerted us and helped bring about the proviso’s withdrawal.
Newspapers and other media anger public officials when they report on spending hidden dollars that aren’t accounted for.
We are interested in your thinking about our own reporting on such lack of transparency or official misconduct. Should we continue to expose this?
Please email JerryBellune@ yahoo.com

Our special offer for you
If you like the Chronicle, you can help us by joining our loyal subscriber family.
To help us keep serving you, we have this special offer:
A 6-month digital subscription for only $19.95.
This offer is also good for present subscribers who want to add 6 months to their subscription.
Just call us at 803-359-7633. Nights and weekends please leave your name and phone number and we will call you back.